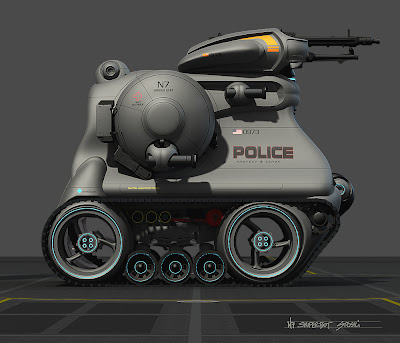 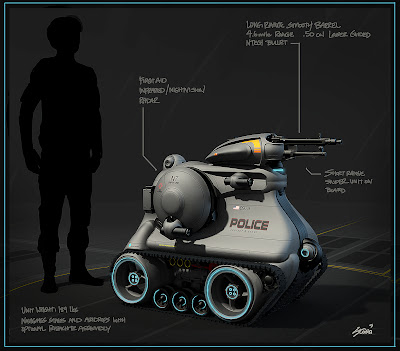 Here's one of the Police / Military units I've been working on lately. I kinda thru this one together as a study in unique forms. I wanted it to be believable, not too far out there, but something sizable and stable for sniper accuracy.

The idea of laser guided bullets is not sci-fi, prototypes have been made and they're near market ready. Makers say bullet twists and turns in flight, making up to 30 corrections per second, as it guides itself towards target. My version is just slightly futuristic in it's accuracy range and the fact that it's an unmanned multi-use unit.
Posted by Stoski at 6:11 PM

Stoski
Chris Stoski is a Concept Artist and Art Director in the Film and Games industry. Currently this is where he posts his explorations in Concept Design and Cartoon Art.